A Mikve of Your Own

Just as there are many types of spiritual languages, there are also many styles of dipping in the mikve (tevilla):

Some women sing Chassidic tunes or Yom Kippur prayers, some write a personal prayer or learn Torah just as they enter the water. As part of the decision to live a life of Torah and Mitzvot and keep the laws of purification in the mikve, the decision of what this means to each woman, is no less important than the actual tevilla itself. 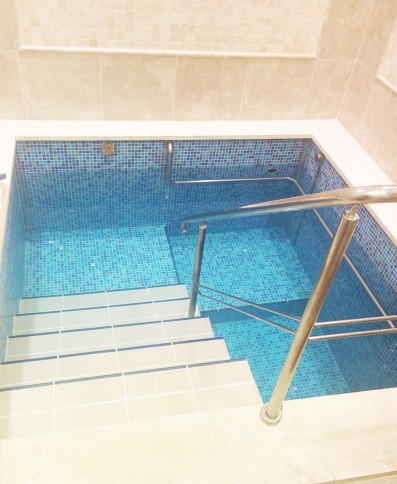 Women walk quietly through the streets of Jerusalem late at night, to the mikve. Some are happy for the few moments to be alone, some want a partner on the journey between the life of distance that they left at home to the great closeness that they are returning to find. Some are fearful of the water, and some come in dance, prayer and song. Some are practically quick to dip and leave in their new status. Between all of these the words of God are alive. A wide range of women go out and return, demanding us to listen to the special sounds. And in between – a clear variety of clean and pure beings. They are all worthy of tevilla, which is all about the story between a man and a woman.

They say that there are six sounds that go from one end of the world to the other end and their voice is not heard. But there is also a seventh sound – that goes from one end to the other when a woman enters the water, separates from the days of impurity and enters a period of pureness. This delicate moment of transformation is found not only in the ceremony of the mikve, but also in the bodily experience of each woman. The moment of tevilla entails many desires for expression, acceptance, and meaning. Many women today come into the waters after having experience dipping in springs, even though these are not defined has halachic tevilla, even if they were not preceded by the days of preparation and counting. The moment of meeting the water, diving in and experiencing the connection – all these sound familiar to women who, before ever going to the mikve, before ever counting days of nidda, had previous water experiences. Dipping in fresh water always starts with some hike around Israel, with one’s classmates or friends in their youth movement. One can also meet water as part of leisurely activities if one lives close to water springs or the big sea. When getting into the water after peeling off layers of clothing a person feels that something has changed in his/her body’s experience. It seems that there is a change at some point, and the water creates a pure heart. The purity and cold water give one a new breath of air, makes them holy. Every woman dipping in the mikve has an earlier story with water, even before she met the mikve. Because of that, some ask to distance the water as much as possible, to breathe deep and dive in. some are comfortable in the water. And some come with a water biography of their own. Tevilla for them is not a bad word; it is the internalization of their desire for feeling a spiritual elevation. So, the meeting with the mikve is a natural encounter. 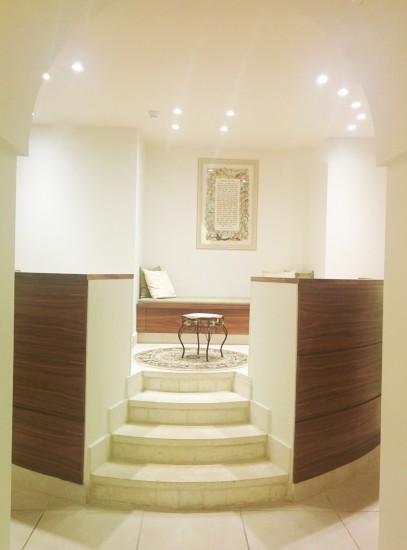 Today, when the keys to the esoteric religious language have already been given, many women come to the mikve from a symbolic point of accepting the water, of days of anticipation, of exact choreography within the water. Women today come to the mikve with their own body language, their language to realize and demand a significant God. Some are loyal to halacha itself – dip for a few seconds and return to their home. Some wish to add extra immersions into the water, above what was traditionally passed onto them by their mothers and grandmothers. Hassidic women stay longer and extend the halachic obligation. They often ask to go into the water quietly and stand there in serenity before diving in. they want to stay in the water after the required dipping, to add prayers, to ask that the peace and quiet continue even after they leave. Some sing Hassidic wedding songs to themselves and some sing Yom Kippur prayers. Some stand outside the water and sing like a poet about the prayer of a mother, and she herself is the mother who is praying at that moment. Some write a personal prayer and whisper it each time, and some ask to learn some Torah to focus on when entering the water, so that each time is unique, because the water is always flowing. 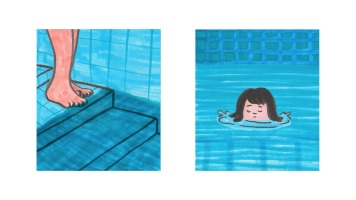 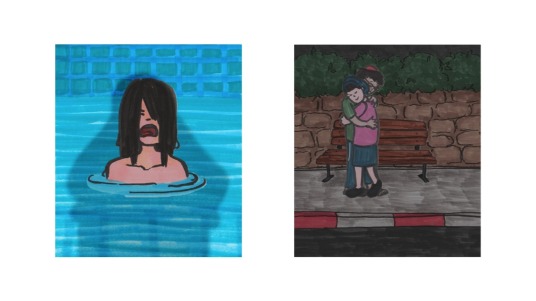 During my high school years our teachers used to look at us (also) in wonder during school dances. They saw how we quickly abandoned the group dancing and chose a personal dance, without defined movements, which enabled us to slowly encourage communication between all the dancers. The naïve look, debating between Eros, expressed in dances that were not the usual folklore type, disclosed the fact that they assumed that we were about to leave our religious lifestyle. Just as we could not share our personal prayers in the schoolyard with them, so we could not tell them about the wind that blew through our bodies with the holy words, because we had to discover this dance alone, after every educational journey of the body – from nursery school, singing Tzadik Katamar Yifrach,” up to the significance of the dance in a circle that was never broken.

At the beginning of the year I studied at a Midrasha (women’s college) and the movement teacher approached me during the first lesson, asking: “Who here has learned ballet?” Many hands were raised. Who here has never learned ballet at all? Some hands were raised. You, who have learned ballet, she said, will have to forget what you learned and work harder to make the body move more freely, as it needs. For me this moment was metonymic in comparison to the rest of the year. When I managed to forget everything that I had learned about Tefilla and a life of halacha, I was able to earn my own route to continue keeping mitzvot through my own voice, my own desires and my own body.

During those years, at the end of the Millenium, the religious language did not include us anymore. It seemed that, in order to forget, one had to undergo a moratorium of letting go of a religious lifestyle – but we didn’t. It seemed that a personal and spiritual connection would lead us to violate halacha – but we didn’t. There still was no language in which we could talk all the holy worlds within us, but we already spoke it fluently and we had been washed several times in the fresh, purifying and calming waters. All the production instructions that we knew from halacha became our body’s experiments in an attempt to reconnect, in another meaning and in a renewed movement.

Today, it is also like a cliché to describe those years. Common religion knows, in slightly different registers of various perceptions, the various identities of its sons and daughters, this individual that sometimes comes from the crowd and sometimes upholds the rites in its own space. But just as there was no language back then to tell of the flourishing of religious individuality, the neo-Hassidism that meets the neo-agism, the physicality that is so significant for life – so I find that I lack language in so many levels of communication about the mikve today. The words of some women cannot be heard by other women at the mikve as well as by the mikve ladies (balaniyot). If we could only remember the attitudes in the past to one’s choice not to pray in a minyan, in comparison to the recognition today of individual prayer, in the individual woman standing in prayer before her God, so there are those who do not understand why a woman would choose to dip alone. The civil discussion on tevilla without a mikve lady present expresses one dimension of the discussion, but missed the spiritual need to experience tevilla as in a “room on your own.” As a realization of “and you shall count” (וספרה לה), by a woman in whose body occurs the change from impurity to purity. As we have already experienced the bang of doulas and outbreak of discussion on the autonomy of a woman’s body during birth, so we are slowly hearing more and more words comparing tevilla to birth, the mikve pool to a uterus and we hear the call for the experience to be a more significant spiritual event, and not a practical action performed under the responsibility of other authorities.

I feel that just as there are many religious languages and many synagogues of different ethnical background, different styles of prayer and different tunes – so there must also be diverse mikve opportunities. Just as we can go to different minyans, which give us different spiritual experiences, so we can not only go to different mikves, but also arrive with a large set of tools for the women experiencing the tevilla – a woman should be able to choose to say the bracha outside the water, like Sephardic women, dip into the water like a fish, like Chabad women, or say prayers to themselves in modern Hebrew. There are also women who choose to act exactly in the way their mother did, and them like their grandmothers. On the other hand, the possibility of experiencing the encounter with the mikve water from a sense of vitality and from the diverse voices that emanate from within each women, is important. The point of choice is significant. It can seem to be like a lack of decision, or an eclectic choice whose colors overpower its tagging as the flattening of halacha. Within the decision to live a life of Torah and Mitzvtot, there is also the possibility of choosing what is Torah for each woman, what are the Nidda and purifying laws for each one who registered on her body the days of distance from her spouse and the coping and desire to return. Coming to the mikve with a sense of indifference, accepting the mitzvot and no more is one way of keeping these laws. But one can also use body language to tell the story that the body has experienced, that it will experience in the mikve and that will carry with it to the home and to what it will experience there, not as an insignificant event or routine of acceptance of challenging rules, but as a story that is written anew every month.